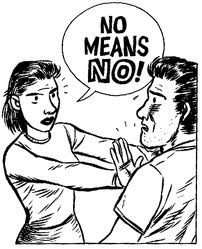 In May 2011 remarks by Justice Secretary Ken Clarke and the Conservative MEP Roger Helmer threw the issue of rape into the headlines.

Behind the sloganising, allegations and denials, there two issues of substance. First, are some rapes more serious than others? Second, can a woman be responsible for her own rape?

The definition of rape varies between jurisdictions, but the essence of the crime is something like this: the offence of rape is committed when a man uses his penis to penetrate another person when he has no reasonable grounds for believing that his victim has consented. Though men can of course be raped, the main focus of discussion is on female victims.

The issue of whether some rapes are more serious than others contains a confusion in the way the question is posed; i.e serious for whom? If, however, we are talking in terms of the severity of legal sanctions that ought to be imposed on the rapist, then the focus must be on the degree of his wrong-doing.

The slogan “rape is rape” does not provide an answer. In the same way one could say “theft is theft” or “assault is an assault” without becoming any the wiser. Measuring the degree of wrong-doing by the perpetrator of a crime is in every case dependent on the circumstances in which the crime was committed. That is not to suggest there are circumstances in which a rape is committed, but that there is no crime.

One further confusion needs to cleared up. Some want to argue that violence, kidnapping, drugging, etc of the victim are aggravating factors. But this is a red herring because these are additional crimes occurring in conjunction with the rape; they are not intrinsic to the crime of rape.

The question then is this: do some acts of penetrative sex, when the perpetrator has no reasonable grounds for believing that his victim has consented, amount to a lesser or greater degree of wrong-doing depending on the circumstances in which they occur?

There is a strong feminist voice which says no, but I disagree. There are any number of factors (e.g. the age of rapist) which could aggravate or mitigate the crime, but I want here to mention the most important. I believe the degree of wrong-doing is still great but less when a rape occurs after the parties have started intimate sexual activity.

Turning now to the second issue of whether a woman (or indeed a man) can be held responsible for her own rape, my answer is emphatic, no. Rape occurs when when the perpetrator has no reasonable grounds for believing that his victim has consented to penetrative sex. The prior behaviour of the victim is irrelevant.

Confusion arises in discussions about victims causing their own rape because some people mix up a factual cause with an act of wrong-doing. Quite clearly if I leave my wallet on a seat in a station waiting room and it is stolen, my action was a cause of the theft, but there is no element in wrong-doing in my action. A woman can dress and act in a certain way which may be a factual cause of her rape (i.e. if she hadn’t done so, the rape would not have occurred), but there is no act of wrong-doing on her part.

I believe the points above are obvious and should be acceptable to most people. A great disservice is committed by those feminists who respond to any discussion on the issue of rape - apart from those parroting slogans such as “rape is rape” - with the response that the commentator is excusing rape. That is simply not true.
Posted by Ben Aldin on 15:02 No comments: Links to this post

The Guardian restricted in publishing Wikileaks 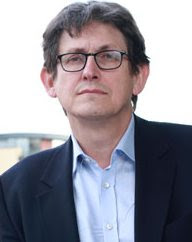 The Guardian was afraid to publish and sought the protection of the New York Times.

The idea that the press in Britain is subject to state censorship and intimidation is hardly a revelation, but seldom has the point is been demonstrated so clearly.

When Julian Assange and Wikileaks handed over the US Embassy cables to The Guardian in London, the paper was afraid to publish them. In the first place, The Guardian feared publication would be prevented by court action.

In a lecture on 10 May 2011, the editor-in-chief of The Guardian, Alan Rusbridger, spelled out the point:

We suspected that, if we went it alone under the framework of laws governing newspapers in this country, we simply wouldn't be allowed to get away with it. We would be sued, or injuncted,"

Such legal threats of prior restraint were not all. Rusbridger was also given “some bloodcurdling learned opinions" about what might happen to him personally and to the newspaper if he published the material.

The solution was to publish in partnership with the New York Times - in other words, to hide behind the US constitutional protections of American media. The Guardian would be safe because there would be no point in attacking it as the New York Times was simultaneously publishing the same material.

Rusbridger made the point like this: "It seemed a good idea to harness the whole exercise to a country with extremely robust media laws rather than risk it all on the quicksands of the British legal system."

I am not saying that the decision was wrong, but it is interesting to ponder on what Rusbridger might have done, had the New York Times not agreed to assist in the publication.

Most of the discussion about the control and bias of the press centres on issues of ownership and finance. Yet it is still the case that the British state retains powers to gag and intimidate the press. The Left often seek to criticise liberal democracy, but it is often more to the point to criticise the limitation on liberal democracy in Britain.
Posted by Ben Aldin on 14:11 No comments: Links to this post